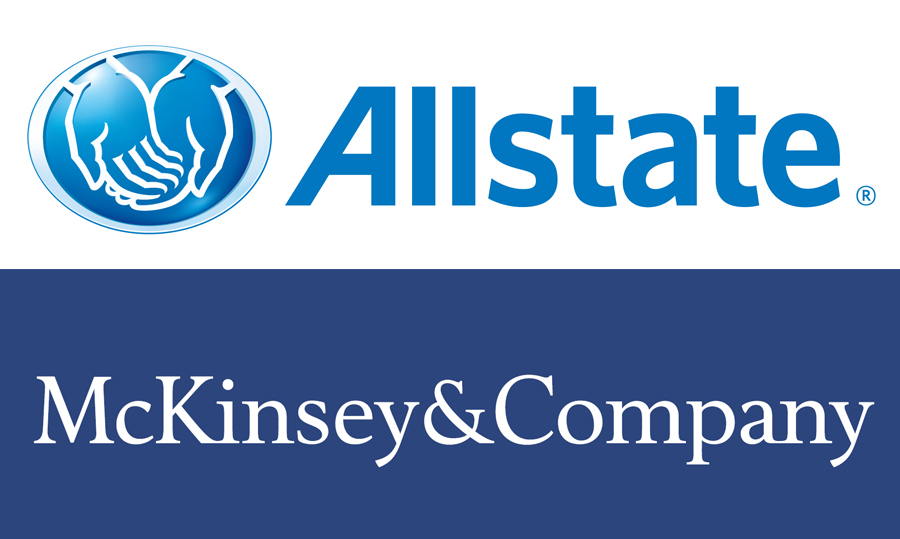 Recently I was asked about a matter that came up some years ago. The Mckinsey Report and Allstate’s Secret Documents relating to the manner in which it low-balls claims and settlements. Allstate and other insurance companies have been heard to Deny, Delay and Don’t pay. The following relates to Allstate’s hiring of the Mckinsey Consulting Firm and the reports used and followed by Allstate to conduct it the operations of settling cases and claims. Here is the short version.

In 1997 a Kentucky woman sued for an automobile accident in which she suffered neck and back injuries. Her car was struck by a truck loaded with firewood which rear-ended her pickup truck. According to reports, it took nearly two years to settle the claim with Allstate. The two sides have very differing opinions on what really happened. Allstate, as insurance companies usually do, claimed that the Plaintiff was exaggerating her injuries and failed to disclose that she previously suffered back injuries. Sounds like a usual personal injury case for the Jury to decide. However, things got interesting.

The Plaintiff’s lawyer was aggressive and made strong efforts to compel production of documents from Allstate. Plaintiffs’ attorney sought over and over what are known as the “McKinsey Reports”. Allstate moved at every turn to prevent the disclosure of the reports to the public.

Allegedly, Allstate, one of the nation’s largest insurer hired the consulting firm of McKinsey, (New York based consulting firm) to show them and teach them how to increase profits. In order to increase Allstate profits, payout on claims had to be reduced. Simple, pay less in claims, make more profits. This applies not only to those who have a third party complaint or cause of action. In other words where a Plaintiff sues for injuries and the Defendant is insured with Allstate. But this applies equally to those who have insurance with Allstate and turn to Allstate to pay first party claims such as when your home burns to the ground. Again same principal, pay less in claims make more in profits for the company. Remember, Attorneys like the Law offices of Jason Harris fight this concept of corporate profits only for shareholders. It’s the “Zero-Sum game”. As Mckinsey taught Allstate, the less paid to the insureds that are making claims after a fire the more profits for the shareholders and the better the Allstate Stock looks in the open market.

Other insurers like State Farm, Fireman’s Fund and USAA have hired McKinsey.

McKinsey’s advice and direction to accomplish this was presented to Allstate and during that presentation to Allstate Mikinsey produced many slides as a visual aid. The most damaging part and shocking part of the reports during the presentations involved analogies by McKinsey which were described as:

The effectiveness of the McKinsey strategy is undeniable. For the decade before Allstate hired McKinsey, the company’s average pre-tax income was $82 million. Following the 1995 implementation of the plan, the company averaged $2.4 billion in pre-tax income, even in the face of national disasters. No one can say that the McKinsey folks didn’t earn their fees.

This all came to light as a result of an attorney. A hard working focused attorney who took on the giant. Trial Attorney David Berardinelli. Due to his efforts the 12,000, after many long court battles by the attorney, the court ordered the McKinsey slides to be released by Allstate. Allstate sought to conceal and have the court file sealed claiming the slides were “Trade Secrets”.

Personally speaking, in our own litigation here in Chicago, in our own matters involving Allstate, the Allstate attorneys sought not to produce the slides and information when requested.

Berardinelli and other Attorneys firms like, Law offices of Jason Harris recognize that the McKinsey slides represented a quantum change in how insurance companies dealt with their own customers and insured. Speaking on the subject Berardinelli stated:

“It’s more than just a change in one company. It’s more about a replacement of the traditional paradigm of insurance,” The basic concept, is that Allstate gives customers a choice: accept a settlement now for a fraction of the true cost of damage, or expect to spend several years in grueling litigation. McKinsey predicted that 90 percent of claimants would be forced to capitulate because they’d need the money in a prompt settlement, “People are giving them money for something they will never receive,”. “What that really means is they’re selling uncollectible insurance.”

Predictably, Allstate denies that the McKinsey documents have affected their behavior since Hurricane Katrina, but their actions suggest otherwise.

For an in depth look at the subject, take a look at a Bloomberg article called In Tough Hands At Allstate.

If you have the desire to read further you can find the full story in Mr. Berardinelli’s book from good hands to boxing gloves.

If you feel you are not being treated fairly look to an attorney or qualified public adjuster to fight for your rights and what is due to you. If you need consultation please contact Law Offices of Jason Harris. www.JasonHarrisLaw.com 312-818-1318. The system simply operates to generate profits for shareholders and the insurance company, all at the suffering of the insureds and the claimants, who need it the most. Remember Knowledge is power and power is leverage and leverage will get you what you are entitled to. As always, hang in there and don’t give up.